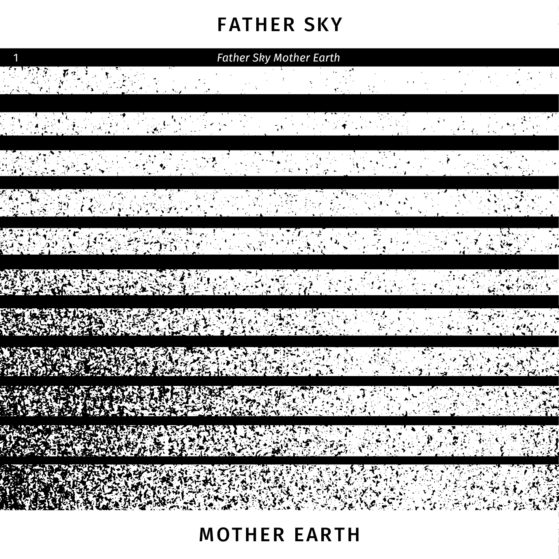 For a few years the duo had the idea of forming a band to explore the area of drone music. In summer 2016 they started working on the first tracks. Together they try to combine elements of doom, sludge, psychedelic rock and meditation music. The band is looking forward to the next album and keeps you updated with further releases.
The first album is a straight forward two track approach on finding a common path. It’s an analogue recording on tape and therefore a raw mix of simple instruments. The mini-malistic and easy working process came along good and is represented in the album artwork which separates sky and earth. For the next releases this layout will be a distinctive feature.
The main part is a symbol to the two string instruments primarily used in the first release. They are also referring to the aerosphere. This is what keeps mother earth alive. Father sky in the cosmos is a guard and looking at his child – this planet’s ecology. Thank you Father Sky for your presence and Mother Earth for your opportunity to grow.

„The whole album are three hypnotic songs hooking up with psychedelia, strongly in BONG-style.“
– www.echoesofdesert.blogspot.de

„This is a meditation aid; if you can allow your psychic frequency to drift until it matches that of a higher cosmic one, playing this is a good way to help you stay with it, so you can reap the benefits of communing with the collective subconscious.“
– mysticapprentice, youtube

Released September 25, 2016 on bandcamp
Recorded and mixed by Father Sky Mother Earth in 2016.
Thank you for listening and your support!
FSME001D – Digital
FSME001CA01W – Cassette